The emphasis on finding and describing “knowledge structures” that are somewhere “inside” the individual encourages us to overlook the fact that human cognition is always situated in a complex sociocultural world and cannot be unaffected by it.

The creation of ontologies continues to slow down many cognitive computing projects. Here are some notes from a quick exploration.

“Ontology is the philosophical study of the nature of being, becoming, existence, or reality, as well as the basic categories of being and their relations. Traditionally listed as a part of the major branch of philosophy known as metaphysics, ontology often deals with questions concerning what entitiesexist or may be said to exist, and how such entities may be grouped, related within a hierarchy, and subdivided according to similarities and differences. Although ontology as a philosophical enterprise is highly theoretical, it also has practical application in information science andtechnology, such as ontology engineering.”

More interesting for our purposes from the arena of cognitive computing is the area of “ontology engineering”. Here’s the definition from Wikipedia:

Ontology engineering in computer science and information science is a field which studies the methods and methodologies for building ontologies: formal representations of a set of concepts within a domain and the relationships between those concepts. A large-scale representation of abstract concepts such as actions, time, physical objects and beliefs would be an example of ontological engineering.[2]Ontology engineering is one of the areas of applied ontology, and can be seen as an application of philosophical ontology. Core ideas and objectives of ontology engineering are also central in conceptual modeling.

This looks interesting for getting to the next level of detail (if somewhat dated (2004)):

Ontological Engineering: With examples from the areas of Knowledge Management, e-Commerce and the Semantic Web

Fragments of reviews for the book:

“Ontology learning (ontology extraction, ontology generation, or ontology acquisition) is the automatic or semi-automatic creation of ontologies, including extracting the corresponding domain’s terms and the relationships between those concepts from a corpus of natural language text, and encoding them with an ontology language for easy retrieval. As building ontologies manually is extremely labor-intensive and time consuming, there is great motivation to automate the process.

Typically, the process starts by extracting terms and concepts or noun phrases from plain text using linguistic processors such as part-of-speech tagging and phrase chunking. Then statistical[1] or symbolic [2][3] techniques are used to extract relation signatures, often based on pattern-based[4] or definition-based[5] hypernym extraction techniques.”

A few extracts from:

This article is somewhat focused on building ontologies for the semantic web, but has interesting observations on the state of the art for automated ontology creation.

Fragments from chapter one of “An introduction to ontology learning”, Lehmann and Volker, 2014

My reading, overall, is that the creation of ontologies remains a time consuming exercise for experts and a relatively unsolved problem for automated systems.

The symbolic-AI camp models knowledge as specific, explicitly-represented objective facts that get manipulated by formal, repeatable rules, and the sub-symbolic or connectionist camp is all about building systems that adapt, in hard-to-analyze ways, to perform actions and anticipate things in a way that seems to demonstrate knowledge but where the knowledge itself can’t easily be understood or extracted as a list of explicit facts or rules.

I was inspired and energized by catching up with everyone and their progress. In this program we have a great cohort of five external startups, and three intrapreneur teams going though an intensive 12 weeks of business, customer and technology validation. At week five, everyone is starting to crank out new insights – alongside lots of techniques for customer empathy, and business modeling. It’s amazing what can be achieved with 10 customer interviews every week.

The Innovators Program combines customer development, design thinking, leadership training, and a focus on what it takes to succeed in b2b startups. It’s a Citrix Startup Accelerator initiative that also runs in Raleigh, Santa Clara and Bangalore. And you might well ask why we have intrapreneurs alongside entrepreneurs. This is some of the secret sauce – the cross fertilization and inspiration between our internal teams and the startups is simply amazing.

Citrix Startup Accelerator, and our Innovators Program are part of the Citrix Technology Office, and are focused on Open Innovation by working with startups.

All are interested talking with potential customers, so let me know (@michaelharries) if I can make an introduction.

On the way back to Silicon Valley from Santa Barbara, I visited Hearst Castle with my daughter. Hearst Castle is an amazing mansion built high in the hills of the Central Coast of California. From it, there’s an amazing view all the way down to the ocean, it seems that you can see everything. The Innovators Program is all about giving a similar clarity of vision to innovators, whether startups or intrapreneurs.

Organizations which design systems … are constrained to produce designs which are copies of the communication structures of these organizations
—M. Conway

Good recent blog on why to use a deck to pitch investors: http://abovethecrowd.com/2015/07/07/in-defense-of-the-deck/

“The aim of science is to seek the simplest explanation of complex facts. We are apt to fall into the error of thinking that the facts are simple because simplicity is the goal of our quest. The guiding motto in the life of every natural philosopher should be “Seek simplicity and distrust it.” – Alfred North Whitehead
from (http://scienceblogs.com/developingintelligence/2007/05/14/why-the-simplest-theory-is-alm/)

“Common sense is not so common.”
― Voltaire, A Pocket Philosophical Dictionary
(http://www.goodreads.com/quotes/tag/common-sense)

“It is the obvious which is so difficult to see most of the time. People say ‘It’s as plain as the nose on your face.’ But how much of the nose on your face can you see, unless someone holds a mirror up to you?”
― Isaac Asimov, I, Robot
(http://www.goodreads.com/quotes/tag/common-sense)

“Common sense is what tells us the earth is flat.”
― Stuart Chase, Language in Thought and Action
(http://www.goodreads.com/quotes/tag/common-sense)

In short, to correctly interpret an aphorism you have to know the context, which isn’t present in the aphorism itself. Context is always vital.

I recently attended the O’Reilly Solid Convention. it was very very cool, and right at the heart of current enthusiasm for ‘makers’, for IoT, and for hackery of all types. If you’re interested, go ahead and check out some of their videos. I’ll still be here.

One talk I found particularly inspiring introduced a new device designed to use emotive technology to very simply increase alertness or relaxation – the founder of doppel talked about some of the background to their work, exploring phenomena like the rubber hand illusion, and how this can be generalized with digital hands, and explored a range of 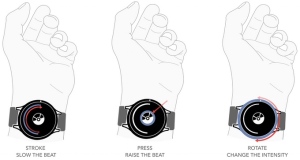 other cognitive illusions. The end result of their exploration was a very down to earth wearable device that provides a heartbeat like pulse that produces statistically significant changes in human physiology and performance. Unfortunately there is no video of this talk, but it is worth taking a look at their kickstarter.

I’m fascinated by these types of cognitive hacks, imagine how phenomena like this could enhance virtual reality, or make virtual meetings more productive. There’s amazing new innovation out there around giving new senses – such as seeing with the to

ngue (now FDA approved), or explorations into adding a directional sense. The idea of using technology to make us stronger, faster, and more productive is introduced in the Citrix 2020 technology landscape document and is a one element of how our workplaces will change in the near future.

Another rapidly emerging area is the use of voice recognition. I’ve been using the Amazon Echo at home, and it’s amazing how quickly even the most technophobic of my family are willing to use this device. ‘Alexa, play <a random annoying teen pop artist> radio’. It’s fast, easy, and dramatically reduces barriers to use.

As of today, the types of commands provided natively by Echo are relatively simple. Yet even in challenging situations Echo can hear and understand requests so well that it feels like magic. Imagine having this technology in the workplace – in every meeting room. No more having to work out terrible user interface around different display options and more.

Check out a demo of this in action at Citrix Synergy 2015 with the Citrix Workplace Hub and Octoblu.

What about having meeting rooms that can identify who’s physically in a meeting, the discussion themes, if people are upset, or indeed foster better collaboration. Imagine having the Jarvis virtual assistant from ‘Iron Man’ at your work. Or, if thats not your scene, what else might be coming soon? How about instant hardware prototyping? What new IoT devices might make sense in the workplace? What if we could trial the hardware as simply and easily as software? 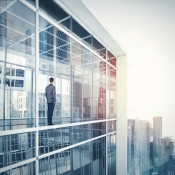 One of the themes for Citrix Startup Accelerator is the ‘future of work’. The goal for this investment theme is to invest in first class startups, bringing new approaches and capabilities to these emerging themes in how our workplaces become more productive, and more human-centric. One example from our portfolio is WhoKnows. WhoKnows is an amazing company bringing very pragmatic improvements to the way we understand the rest of our team, and indeed everyone in the organization. I like to think of them as making the whole of a large company as simple to work with as a single workgroup. This is a huge challenge and one that existing approaches have not yet solved.

Do you have a great new approach to ‘The future of work’? Let me know.

I had the good fortune to attend and speak at the 2014 MIT EmTech conference. I was particularly struck by Astro Teller and Yoky Matusoka talks. There were also awesome content on robotics, climate issues, hacking the mind, etc.

Here’s a link to videos of all presentations. http://www.technologyreview.com/emtech/14/video/

** Very cool – sufficiently deep pockets to be able to solve the hard things, then worry about customers/market dynamics later.

** Nest is an amazing success story, but the main lesson here is around market dynamics, and the success Matsuoka had in identifying a necessary and viable innovation stepping stone. 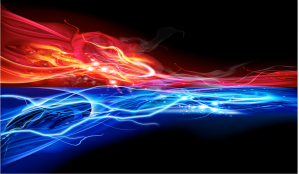 Innovation is a dance between culture and technology. A matching of what’s possible with the magic of adoption of new things. It’s no good creating a technology only to discover that there’s nowhere for it to go. We have few chances to influence what will be, so those that we have should be treasured.

In 2011 I moved with my family from Australia to California to set up Citrix Startup Accelerator. The underlying idea is that we can be more effective at inventing the future, and seeing what’s coming next, not just by running research in house, but also by aligning with the ‘innovation machines’ of Silicon Valley and other global entrepreneurial communities.